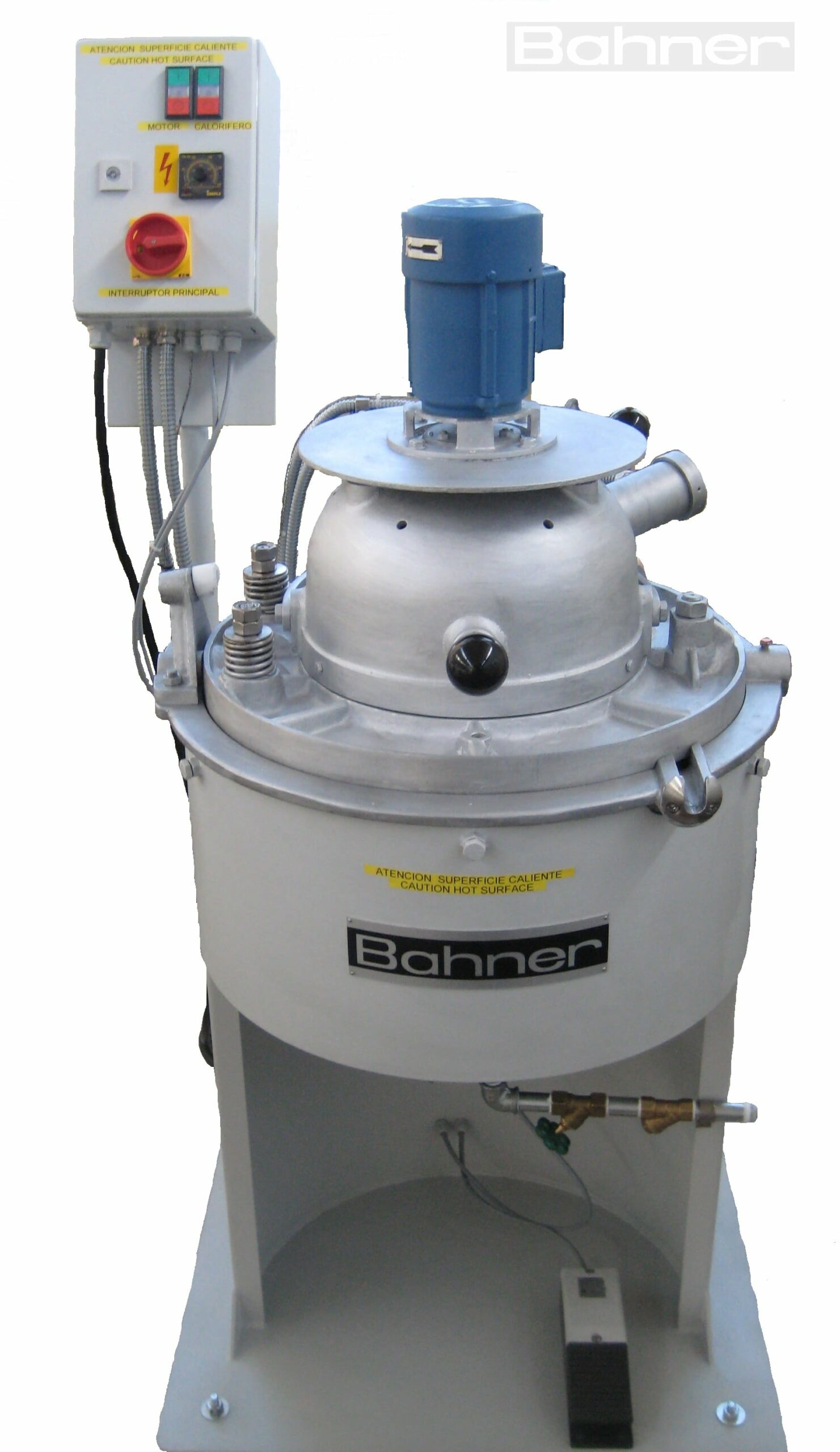 This machine serves for steaming, plaiting, and decatising, and drying of the gentlemen`s hat (Fedora). This combination of 4 different working tasks required a special and careful construction which presents itself as follows:

In a lower pot, there is a turnable plaiting plate which easily can be rotated by the worker. The spring tensioned upper plate stretches the brim of the hat on all sides uniformly and keeps it fast during the whole working procedure. The saddle sheets are mounted fast on the upper and lower plates and consists of stainless steel. All machine parts which are subject to wear are made of stainless steel and casting whereby the pot and the plates are manufactured of silumin. The machine is completely equipped electrically and will be supplied ready to start operation. A red safety controllamp indicates if all parts of the machine operate properly.

The Working Procedure is performed as follows:

The dry and lightly pre-steamed hat is entered into the open machine with the hat downwards. The plaiting cover is being closed and secured by a quick locking device. The steam valve operated by foot pedal is being opened, and the head hood is well steamed. During the time of steaming, the operator caps off the pressure form with the handwheel, removes the silumin mould from the previously worked hat which is laying on its back on the feeding table and presses the mould into the steamed hat by hand as far as possible. The lever is folded in, the handwheel is being turned to a rigid, in its height adjustable position. The steam is being shut off and the hat under tension including the mould is turned by 180° whereby the head hood shows placed o the plaited hat from the backside whereby the hat is being dried with combined ray and circular heat.

The succession of the various jobs is laid out in such a fashion that all manipulations require only a few seconds and are by all means fully safe. If they require considerable amount of time, they interlace conveniently. The drying is constructed in such a fashion that the hot air blows intensively to the position of the band, whirls around the hat and is being resucked new with additional fresh air. 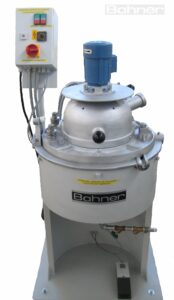 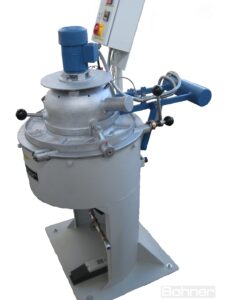 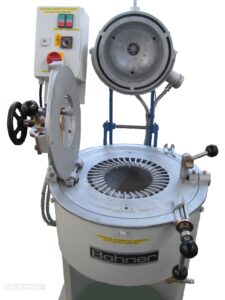